Lala Hardoul : The Prince of Orchha

Orchha is not just a landscape of buildings. It is a town filled with stories. Every monument of Orrcha echoes tales of friendship, romance, betrayal, mysticism and sacrifice. Intriguing, funny, unbelievable and irresistible these stories breathe life into these ancient mahals and mandirs, some of them still in ruins.

Let’s take the example of the ancient Persian style towers that stand amidst a colorful market, and are popularly known as Sawan Bhadon (names of two spring months in local Indian calendar).

The locals say that they stand for two brothers who meet everyday at midnight. And this is just one of the tales associated with this monument.

It wouldn’t be an exaggeration to say that every building in Orccha is permeated with stories, and some with strange twists too.

Behind the ruins of a melancholic yellow palace which now houses a bazaar, I heard the story of Lala Hardaul, a local prince who is worshipped in a small temple and is addressed as God.

Autochronicles is a collaboration between me and Ramiz.

From the land of chutiya auto drivers. 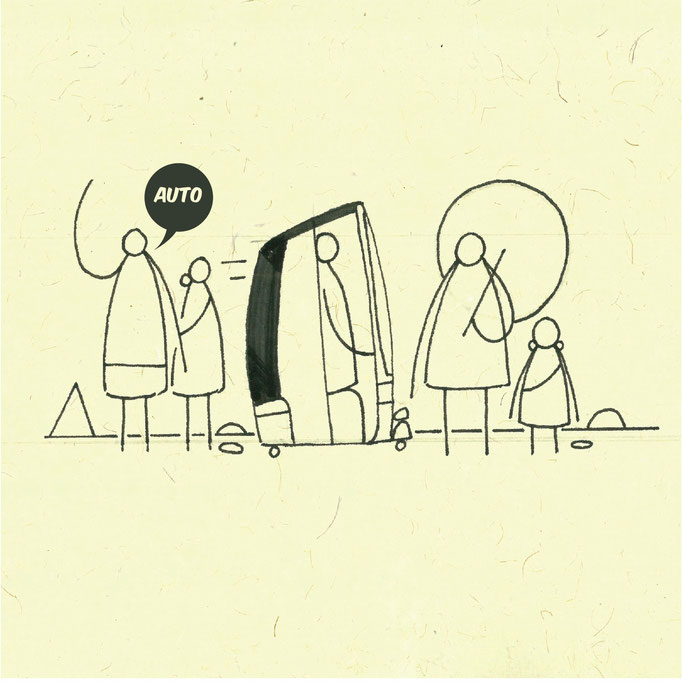 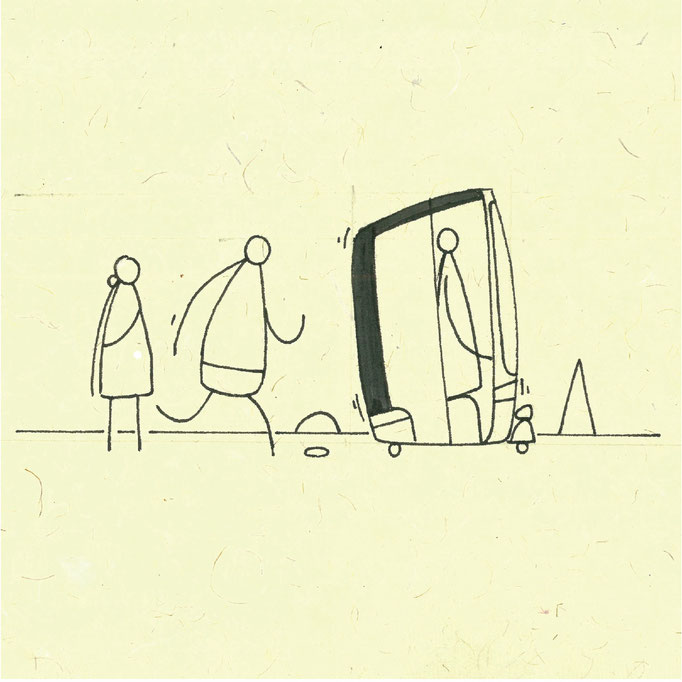 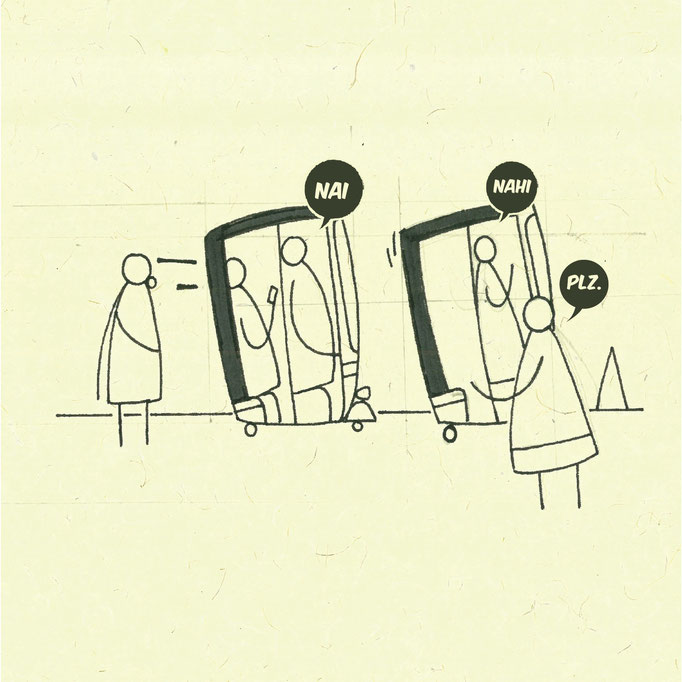 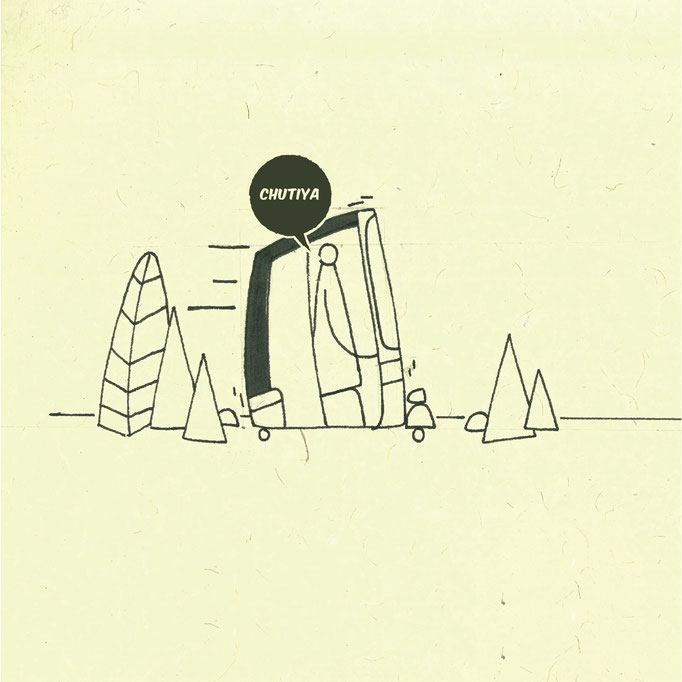 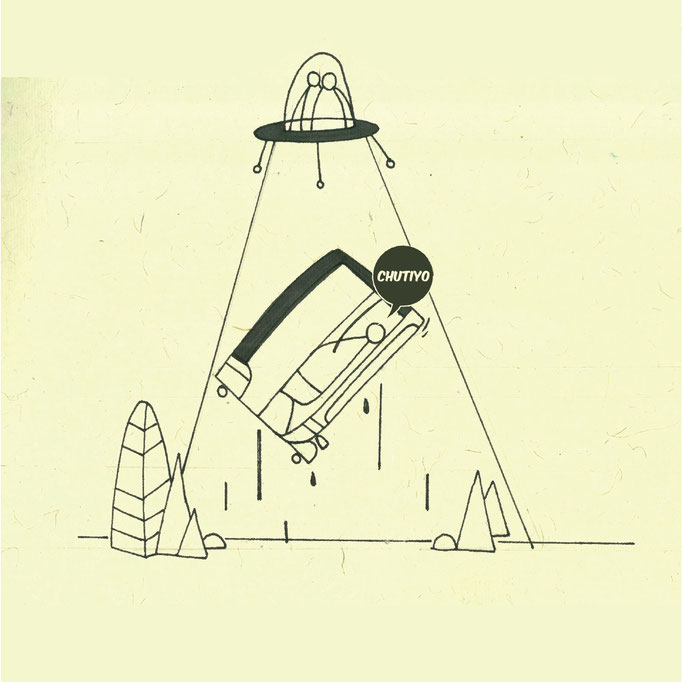 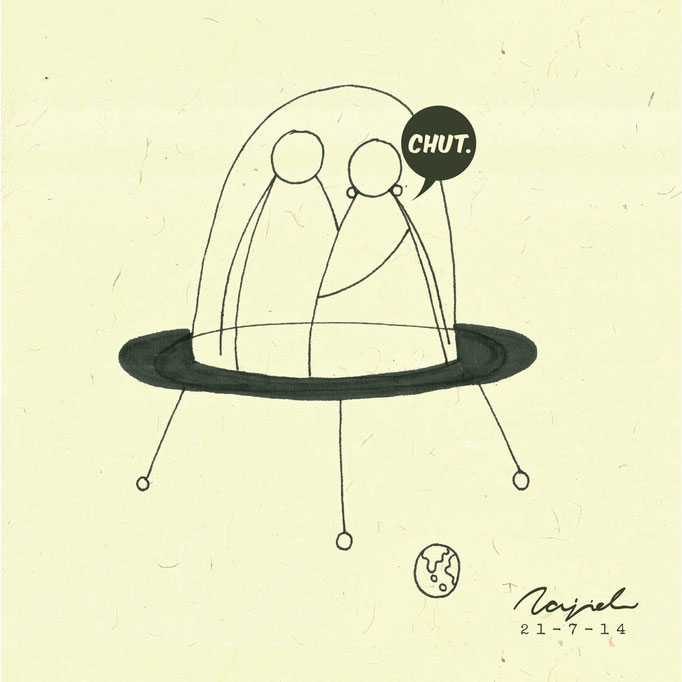 Happy meal is a satirical i wrote for new age Indian parents,

who more than anything wants there kids to speak in English.

By killing there inner concision.

To Err is human

The Gaysi Zine is a self-published print magazine aiming at making Queer as a more relatable everyday concept.

It bring forth stories that are powerful and deserved to be printed.

Nobody loves Mr Brockley.
is a short story of much hated veggy,
its also a take on how social media is making people more depressive.
Brockley in this case is prefect & Nutritious, many people love it too...
but it doesn't know, people not liking his picture and his posts
turns his depression into a downward spiral.

A dark and progressive comic strip which sparks a chain reaction to the end of the world. 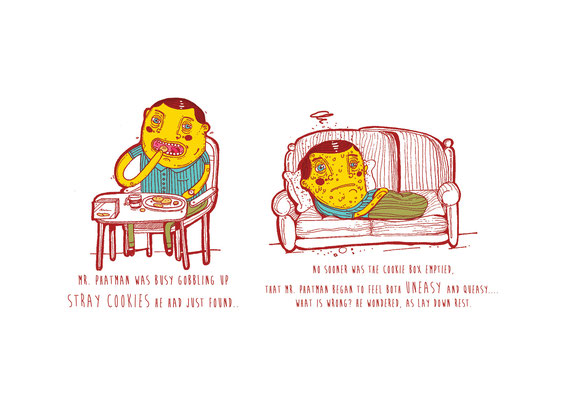 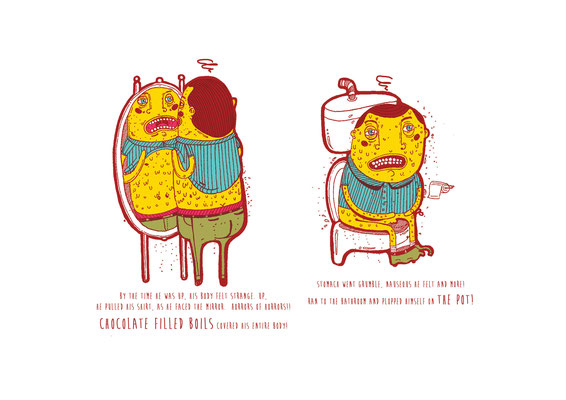 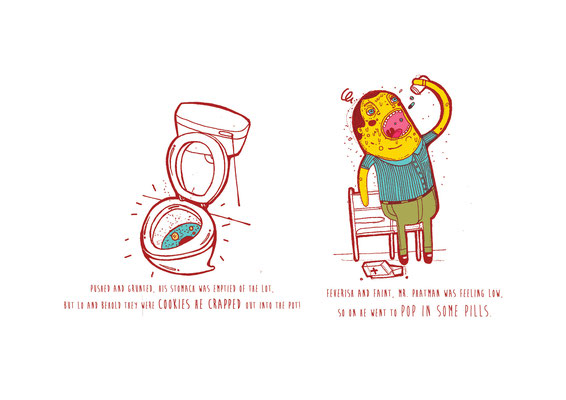 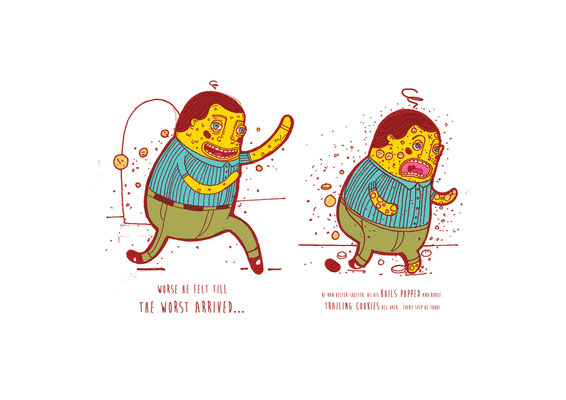 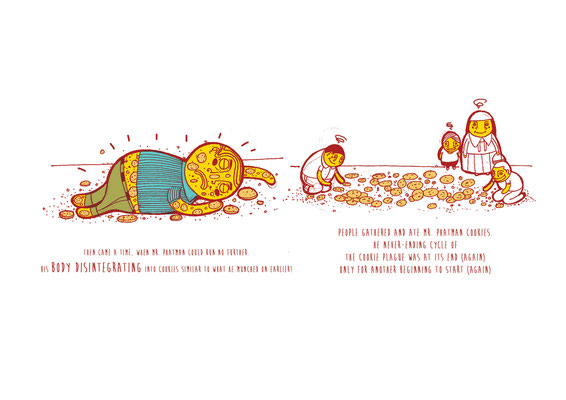